Sergei Novgorodov, Ph.D., didn’t start off in neuroscience. The research assistant professor studies mitochondria – the organelles inside cells that produce energy. But at a conference not long ago, his colleague Tatyana Gudz, Ph.D., came across a poster presentation that posited that mitochondrial dysfunction could be involved in Gulf War syndrome. The only problem, from her point of view, was that the poster didn’t offer much to back up that idea.

They were intrigued, though. Once back at MUSC, they combed through the literature. Novgorodov saw some possibilities. Why not take a deeper dive, he decided. Gulf War syndrome is an important issue and with his expertise, having previously studied mitochondrial dysfunction in relation to diabetes, stroke and traumatic brain injury, it made sense.

He wrote a grant and was one of three researchers in the nation awarded a Tier 1 Investigator-Initiated Focused Research Award through the Department of Defense Gulf War Illness Research Program.

Gulf War syndrome is a mysterious collection of chronic symptoms particularly associated with veterans and civilian workers who served in the Persian Gulf War of 1990 and 1991. When veterans first began complaining of seemingly unrelated problems like fatigue; joint and muscle pain; and neurological, sleep and digestive problems, they were met with skepticism.

Even after Congress passed legislation in 1994 affirming that veterans’ “medically unexplained chronic multisymptom illness” would be presumed to be connected to their military service, and even after a Congressional advisory committee concluded in 2008 that Gulf War syndrome was “real,” veterans have reported problems getting the proper medical treatment and their claims processed.

Researchers think a combination of pesticides and a drug that was meant to protect troops from nerve gas might have caused the syndrome. Smoke from oil-well fires was also in the mix.

But the question has been, Novgorodov said, why did the troops’ problems continue long after they left the battlefield and were no longer exposed to those chemicals?

“They come back. This compound’s gone; so what’s going on? Why 25 years?” Novgorodov asked.

He believes that this combination of otherwise safe and approved chemicals activated acid sphingomyelinase, an enzyme that in turn produced toxic sphingolipids that then partially suppressed the respiratory chain in the mitochondria.

The mitochondria were still producing adenosine triphosphate (ATP), a molecule that stores energy for the body to use, but, he explained, they started making too many mistakes. When free radicals started accumulating, that prompted the acid sphingomyelinase to make more toxic sphingolipids. That further disrupted the respiratory chain, which resulted in “a vicious, self-propagating cycle.” Even though the troops were no longer exposed to those chemicals, this vicious cycle deep within their cells continued.

While other researchers have found evidence of a perpetual cycle, Novgorodov said his team is taking a new approach in considering the role of sphingolipids.

Novgorodov is testing three drugs that are already FDA approved for other uses: amitriptyline, an antidepressant; zoledronic acid, which is used to treat osteoporosis and bone damage from cancers; and methylene blue, which treats a blood disorder.

He thinks one or more of these drugs could interrupt the toxic cycle, allowing the mitochondria to return to normal functioning and ultimately, for the affected veterans to feel normal again. Amitriptyline and zoledronic acid suppress the acid sphingomyelinase so it should no longer create toxic sphingolipids, he said. Methylene blue should restore normal respiratory chain functions, so the mitochondria wouldn’t be pumping out excess free radicals.

And because the drugs are already FDA approved, this research, if successful, could be translated to actual patient care relatively quickly – nearly 30 years after veterans first started reporting symptoms. 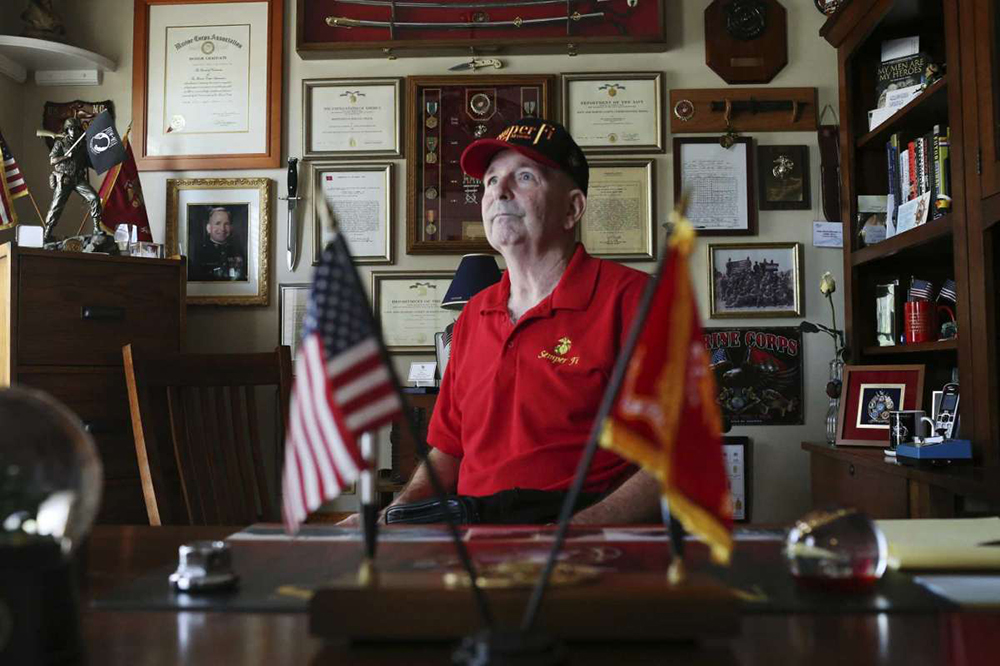