MUSC and Clemson University each have a lot of brainpower, and their creativity and expertise are magnified when the two work together. What the two research universities don’t have, though, is outside industry expertise in evaluating product reimbursement, the regulatory process or manufacturability. That’s where the South Carolina Research Authority and a new award from the U.S. Economic Development Administration come in.

The EDA announced in December that the trio was one of 40 groups nationwide awarded a Regional Innovation Strategies grant. The overarching aim: to diversify South Carolina’s industrial base by boosting the fledgling medical device industry.

“The medical device field is so highly complementary to the existing industries we have in this state,” said Christine Dixon Thiesing, director of academic programs at SCRA. “South Carolina is known for its automotive and aeronautical industries, and medical device manufacturing requires very similar skill sets.”

The three-year grant builds on an existing partnership between MUSC and Clemson’s bioengineering program. But it adds some ambitious goals. Five years after the end of the grant, the group expects to have formed 23 startups, created 100 jobs, filed 320 patents and launched or licensed 13 new technologies, according to the EDA summary.

“This is one of the coolest projects that we’ve been able to do,” said Michael Yost, Ph.D., vice chairman for research in MUSC's Department of Surgery.

Yost is excited because the transition from good idea to actual product “has been a pain point for us and for Clemson for years.” It’s not for lack of ideas, he said. “Our physicians come to me at least once a month – if not more often – with really cool ideas,” he said.

But the universities need to get past the prototype phase. As Yost explained: Someone needs to evaluate the true market potential for the idea. Someone needs to determine whether the proposed device can realistically be manufactured. Someone needs to get the device started down the regulatory path. That “someone” will now be the Medical Device Commercialization Advisory Panel, an industry group that Dixon Thiesing has assembled, as well as master’s level students at other universities who are studying business and law. Dixon Thiesing said the SCRA has a separate pool of money that she hopes can fund these students at South Carolina universities besides MUSC and Clemson.

Although Clemson and MUSC have a backlog of good ideas from doctors and past bioengineering students, this award will first focus on the ideas that Clemson bioengineering senior design program students are developing this year.

John D. DesJardins, Ph.D., the Robert B. and Susan B. Hambright Leadership Associate Professor of Bioengineering at Clemson, said 100 bioengineering students divided into 22 teams are currently working on their ideas.

“Our students partner with our clinical collaborators across the state to find the problems that need solving and develop the solutions with them. On the innovation side, the partnership at the state level has been great, and it’s absolutely essential,” DesJardins said, adding that there are already about 200 ideas from past classes.

Dixon Thiesing said the first step for the EDA award will be prioritizing which of this year’s designs should move forward and then pursuing patent protection before publicly disclosing the ideas.

Once the top ideas have patent protection, they’ll be sent to the advisory panel of industry professionals. The panel will further winnow the ideas and outline a work plan for each. At that point, the ideas will go to the master’s level students, who will work in teams much like professional design teams. They’ll spend a year under the guidance of a professor of practice ensuring the technology is ready to serve as the basis for a viable startup company.

After that year, there are four possible outcomes, Dixon Thiesing said.

One: The technology is ready to spin out of the university into a startup, and the innovator forms a start-up company to bring it to market. This is the ideal outcome.

Two: If an idea is compelling but needs more time, the panel could put it back through the development cycle. This outcome would require a very strong commercial case, Dixon Thiesing said, since the project has limited funds.

Three: The technology could be ready to license to a partner.

Four: The advisory panel and student team could determine there are simply insurmountable obstacles to bringing the idea to market, and the idea dies.

Dixon Thiesing said the final use of the award funds will be to hire entrepreneurs in residence to get the start-ups off the ground and ensure they’re viable. Not only is this good for the universities and for patients who will benefit from new devices, but it’s good for workers in South Carolina who will have more well-paying job opportunities.

Yost is excited that there will be a pathway for all the innovative ideas that bubble up from clinical teams. As bureaucratic as MUSC may seem from the outside, he said, it’s actually incredibly innovative.

“There’s a lot of enthusiasm for this grant,” he said. 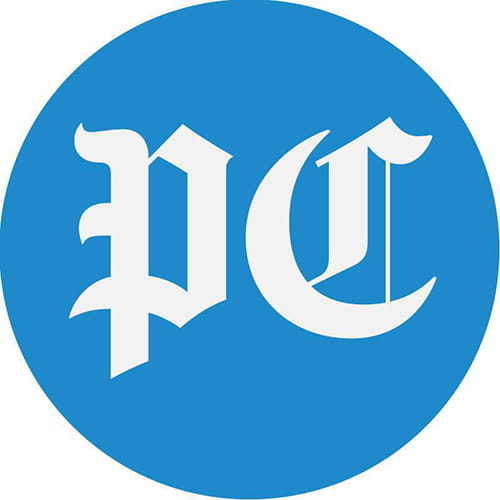